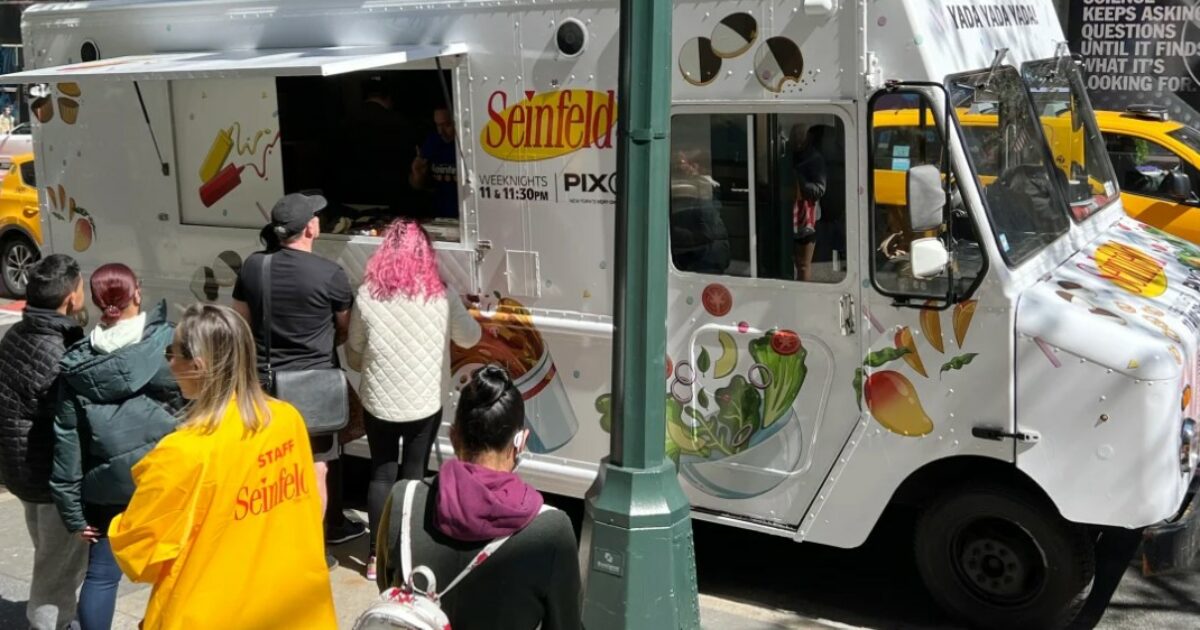 You don’t have to have been a fan of the sitcom sensation “Seinfeld” to be aware of the many memes popularized by the show, including yada yada yada or knowing the “correct” way to eat a Snickers (with a knife and fork).

A food truck commemorating the latter gag and others with a food theme will be parked outside Bryant Park today, Apr. 24, from noon to 6 p.m. The truck, which will be festooned with images of the target foods — the “big” salad, black and white cookies (“look to the cookie!”), pretzels (“these pretzels are making me thirsty!”), Drake’s Coffee Cake (“the full size”) — will also be distributing said treats gratis. Just don’t forget as you munch on your Junior Mints to inform your companions that the candy is “chocolate. It’s peppermint. It’s delicious!”

Sadly, the truck’s menu will not include a chocolate éclair rescued from the trash, a lone chocolate babka, or soup. In other words, “No soup for you!”

After the truck leaves the city where it all happens, it is bound for Los Angeles, Chicago, Dallas, and San Francisco. Locations for other cities have not yet been specified, but you can keep abreast of the truck’s whereabouts here.

P.S. At one time, you could get soup in New York from a self-declared soup nazi named Al Yeganeh. Sadly, his efforts at stardom, which were chronicled here, failed. A visit to his site’s webpage now yields a 404 error. 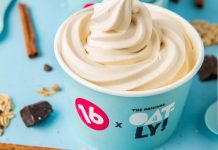