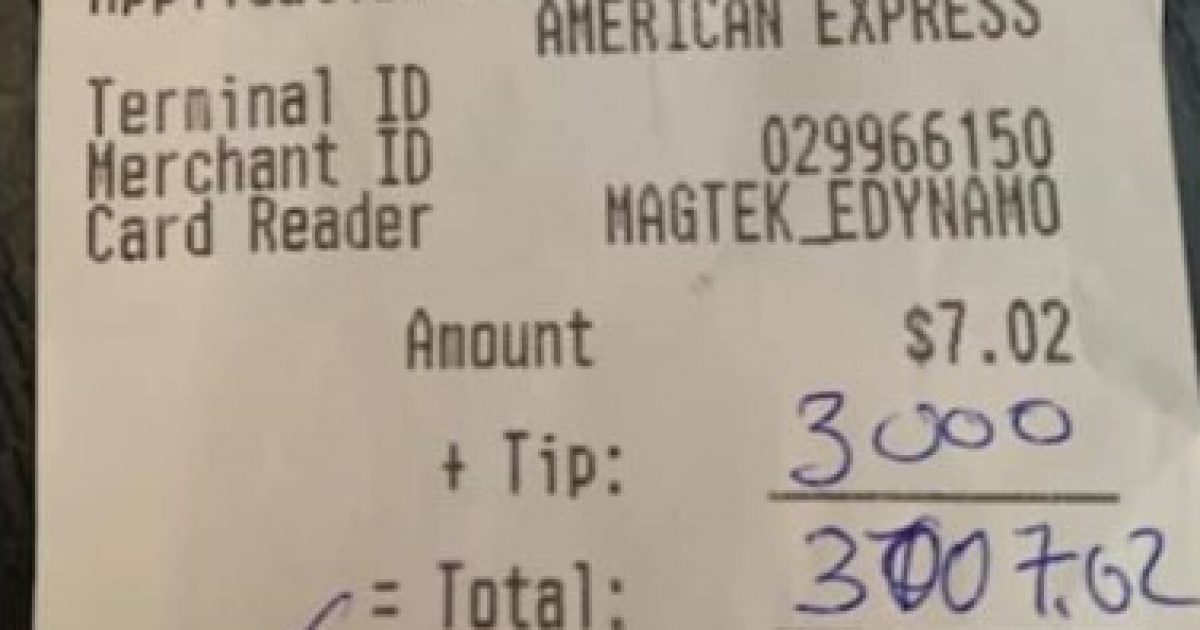 No, it wasn’t an unusually delicious beer that prompted a customer to leave a tip 429 times the cost of the brew. But that nevertheless is what a patron of Nighttown in Cleveland did on Sunday, according to the Associated Press.

The restaurant’s owner, Brendan Ring, chronicled his interaction with the customer on Facebook:

So just before we closed today at Nighttown a customer walked in and ordered a beer and asked for the check and handed his credit card slip to me , wished me well while we sit out our voluntary shutdown and told me to share the tip amongst the wait staff of which there were four working brunch today

I ran after him and he said no mistake we will see you when you reopen!