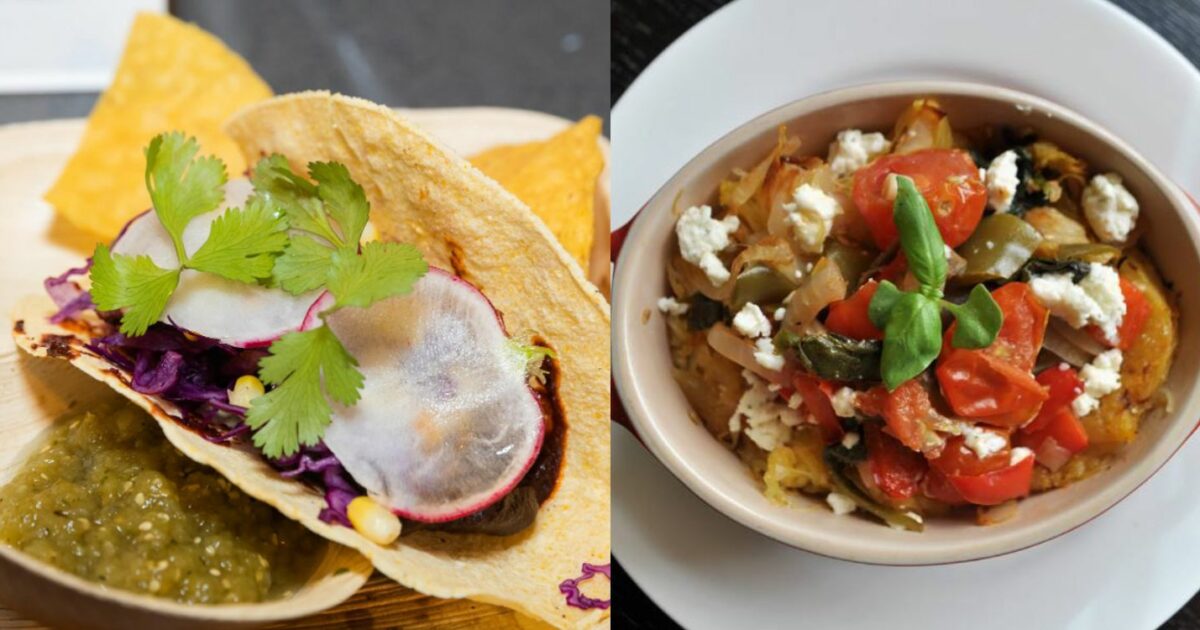 It’s perhaps too soon to predict that the Mott Haven section of the Bronx, directly across the river from Upper Manhattan, is on its way to becoming New York’s next hot restaurant nexus. But with the opening last December of the much-fêted Chocobar Cortés and the arrival this past week of Mae Mae Café, I wouldn’t be surprised at some point to see “Brook Avenue,” “138th Street,” and other local subway stops tripping off the lips of the gastronomically inclined.

Mae Mae is the creation of inventive caterer Great Performances, which shifted its corporate headquarters to Mott Haven in 2019. The company grows its own herbs and vegetables on its organic farm in upstate New York, making it a natural entrant into the world of plant-based dining.

The menu is not only plant-centric but Latin-leaning. A mushroom mole is the centerpiece of both a burrito and taco, the former bulked by Spanish rice, stewed black beans, and guacamole. Huitlacoche is the main ingredient in a quesadilla that also contains corn, onion, radish, vegan queso blanco, and a drizzle of coconut crema. Breakfast, too, such as this hot quinoa porridge with dried fruits and spiced nuts or house-baked vegan breakfast pastries.

What sets Mae Mae apart from other vegan and vegetarian restaurants in the city is that it doubles as a plant emporium, selling houseplants and even gardening tools.