Apparently the people of Drummondville, Canada, love their dish of fries, gravy, and cheese curds more than they hate Russia’s president. This is a lesson that the owners of Le Roy Jucep, the restaurant that reportedly invented poutine, learned after they announced on Facebook last week that they were changing the dish’s name. 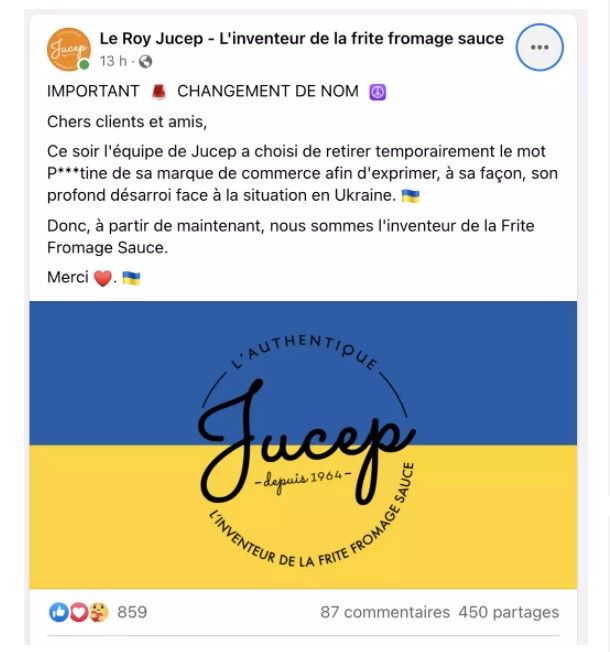 The reason for the change? Poutine when said aloud, the owners submitted, sounds too close to Putin for comfort. And how did customers react to the new name of the dish, which translates to “Fries, Cheese, Sauce”? Some of them sent death threats to the owners, who reacted by removing the post.

This is the latest example of customers threatening restaurants over their wrongly perceived allegiances in the war in Ukraine. Here at home, business at the Russian Tea Room has fallen off precipitously despite the restaurant’s overt condemnation of Russia and show of support for Ukraine.

Another similarly themed restaurant, Russian Samovar, has also become a target of hatred in recent days in spite of efforts by the restaurant’s co-owner Misha von Shats to set the record straight. Von Shats, who like most of his employees is half-Ukrainian, told CBS News, “Everybody that defected the Soviet Union came here. This was the safe haven, so just because it’s ‘Russian’ Samovar doesn’t necessarily mean it’s Russian.”