Thursday, Aug. 25, is National Burger Day. America loves its burgers, but there is a debate over how we like them cooked and whether the cheese goes above or below the burger patty. A study released by RTAOutdoorLiving.com provides data about this and other preferences in the foods that unite — and divide — us. The findings that follow are based on a nationwide survey of 1,000 respondents. 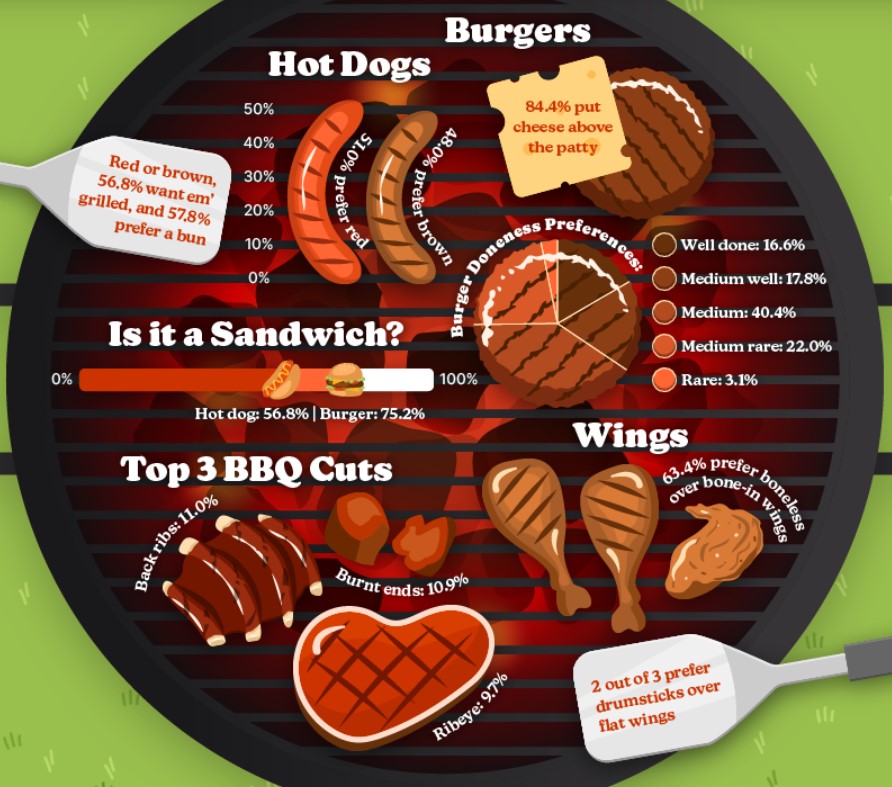 Image: RTAOutdoorLiving.comIf you have plans to attend a cookout between now and the end of summer, be sure to bookmark and share this post, and watch the feathers fly.

Not for the Faint of Heart: Woman Eating Crabs … While They Are Still Live

Margaret Whitfield - October 4, 2022
What is it about dining out that for some the experience evokes a longing to return to childhood?

Classic French Food with a Viennese Twist in NoMad

Not for the Faint of Heart: Woman Eating Crabs … While They Are Still Live

A Taste of Rural Tuscany Near Bryant Park

Hold Your Nose and Say Hello to the Next Alternative Meat Source; Al Roker, the Ice Cream Flavor

Restaurant Sues Customer Who Left and Then Took Back $3,000 Tip