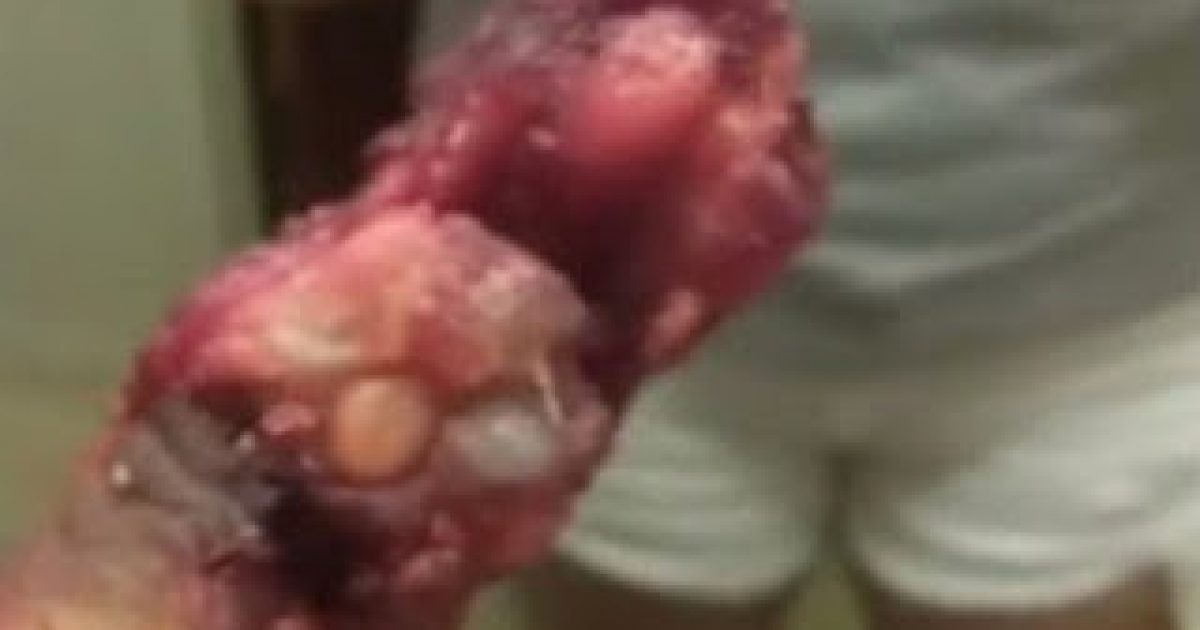 Stories about restaurant customers finding foreign objects in their food are legion. Sometimes they are even true.

Last December, for example, am employee at a Dairy Queen was captured on a security camera spitting on a hamburger intended for a police officer. But that was child’s play compared to the actions of a grocery who pleaded guilty in 2011 to handing out to customers samples of yogurt laced with his own semen.

Both stories pale next to the assertion by a Maryland woman that a spare rib she ordered from a Chinese restaurant was in reality a dog’s paw.

The customer, Ashley Jefferson, posted a video (since removed) after researching the suspicious-looking “spare rib, writing on social media:

I googled a dead dog paw and took a pic of what they delivered to me … and tell me if I’m wrong but they look exactly the same.

I’m not going to lie. The woman who uploaded that video may have made a mistake, but it was an easy mistake to make. One of those ribs in particular looked exactly like a dog paw. Skinny leg, curved right before the paw and the cartilage resembled nails.

The restaurant, China Palace Havre de Grace, has since shared a document from the Maryland Department of Health and Mental Hygiene, which confirms that dog meat was ever used in their kitchen nor was it served to a customer.