Most businesses have been having a rough time making a go of it during the pandemic, but at least one has been cleaning up. Literally. That is, they have provided Americans sheltering in place with a place to store their leftovers.

I am referring to Tupperware, the brand of storage containers that have been promoting their “burp seal” since shortly after World War II. Tupperware was invented in 1938 by the eponymous Earl Tupper. Ironically, it was another economic downturn — the Great Depression — that gave rise to the invention of the sealable containers. Tupper had owned and operated a landscaping company that went out of business, forcing him to find work in a plastics factory. It was there that Tupper, the hobbyist inventor, perfected the product that carries his name.

In another ironic note, Tupperware, the company, “appeared to be on life support, posting negative sales growth in five of the last six years,” according to the Associated Press. Then coronavirus struck, and shut-ins began to do more cooking, which means more leftovers.

Which means Tupperware sales — and stock — have enjoyed a meteoric rise: 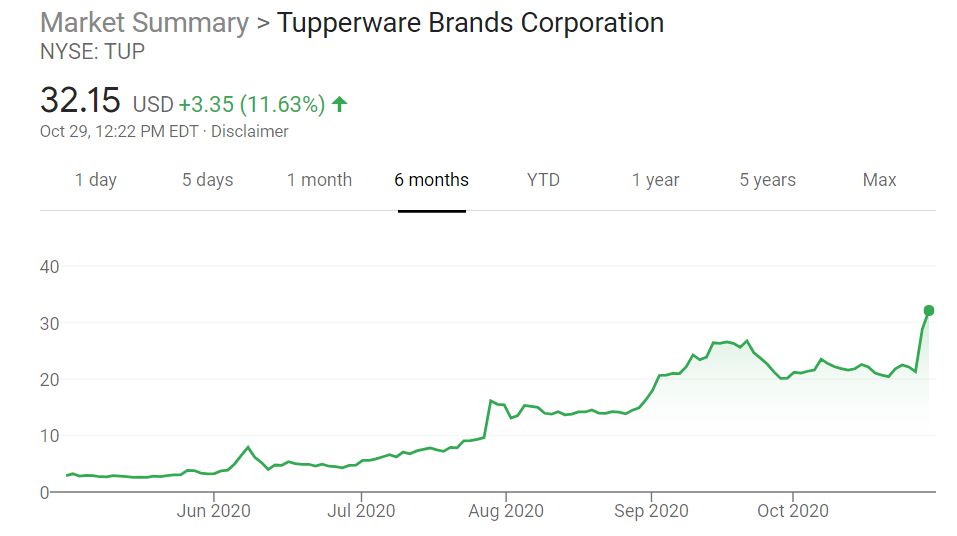 Suddenly Tupperware was “an ‘it brand’ five decades after what seemed to be its glory days.”