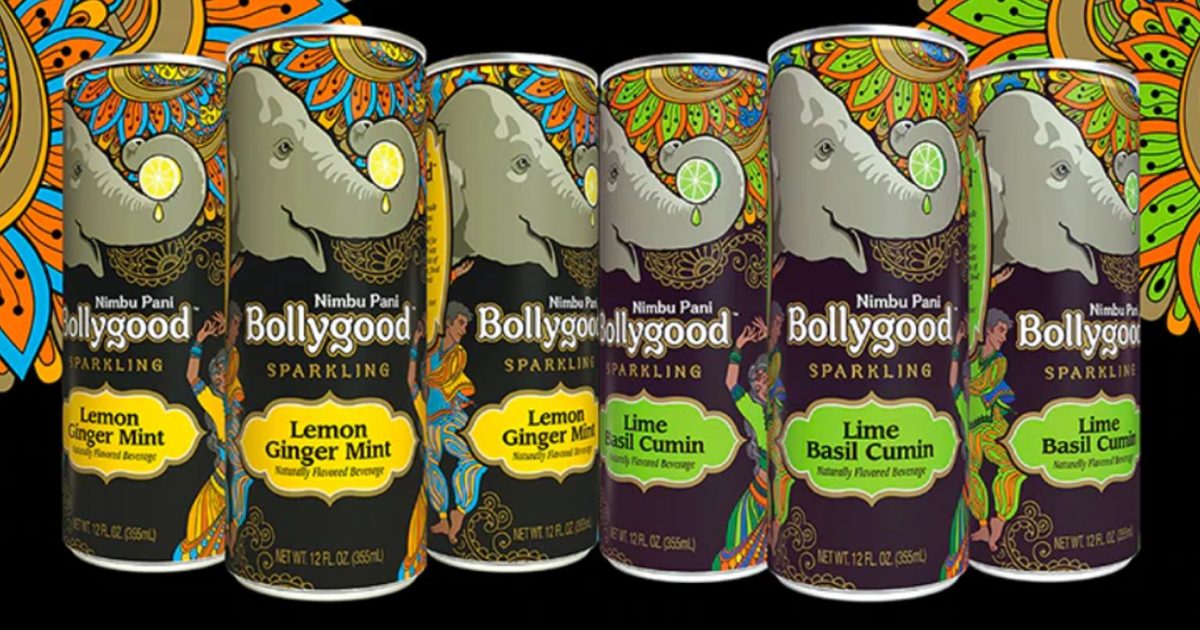 According to industry sources, Indian food comprises less than 2% of the ethnic food market in the U.S. but is growing faster than any other cuisine. It’s not uncommon these days to find grocery store shelves lined with jars of tikka masala sauce or to find samosas in the freezer section ready to heat and eat.

The one aisle that is devoid of products imported from or inspired by Indian culture is the beverage aisle, though that appears to be changing.

We are here to tell you about Bollygood, a sparkling beverage that has its culinary roots in nimbu pani, a drink popular in South India that translates approximately to “lemon water.” Bollygood, which is carbonated, comes in two flavors — lime basil cumin and lemon ginger mint — with more on the way.

The drink was developed by Maxine Henderson, a Canadian American of Indian extraction who as a child spent her summers on the subcontinent with her grandparents. On one of those visits, the family traveled to see the Taj Mahal. Henderson recalls becoming dehydrated in the brutal summer heat and being given a lemon-based drink to cool her down. Years later, Henderson, now a mother herself and an electrical engineer by profession, looked back on that experience and got busy creating her own version of the drink that had restored her. Bollygood was born.

The Proof Is in the Tasting

So how does the product taste? Our ten-person tasting panel gave both flavors of Bollygood uniformly high marks. We all found the beverages supremely refreshing and agreed they would make for good non-alcoholic sipping on a hot summer afternoon.

The one feature that impressed us most was the strength and clarity of the component flavors. The lime, basil, and cumin in particular were vivid both in the nose and on the palate.

At the recommendation of our beverage editor, Madeleine Price, who was in on the tasting, we made gin and tonics using Bollygood in place of the tonic water. They, too, were superb.

Bollygood is available for purchase through the company website at $29 for a case of 12 cans. (Those who subscribe for monthly deliveries will receive a 10% discount). The product can also be found on Amazon and at three New York retailers: BeerRightNow.com at 69 Second Avenue, Beer Table at 87 E. 42nd Street (in Grand Central Terminal), and Malt & Mold-Gramercy at 362 Second Avenue. The beverage can also be found on Amazon.