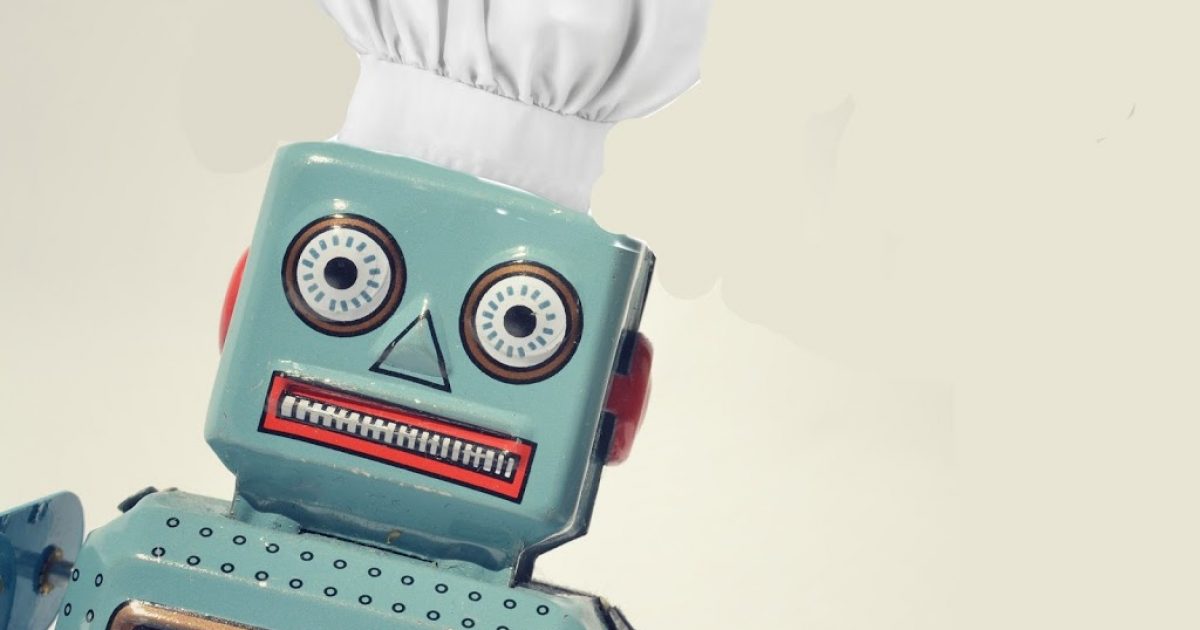 Machines haven’t yet taken over the world. But give them time.

London customers of the food delivery service, Just Eat, got their first taste of the future late last year when the service made its first delivery via automatons. And if robots can bring your food to you, why can’t they also cook it?

Now, according to an article in Wednesday’s Financial Times, they can — and are:

[A] Japanese amusement park has taken a leap of faith by creating a restaurant with more robots than human workers.

A robot with arms prepares okonomiyaki — savoury pancakes — while another makes cocktails or doughnuts in front of customers at a Dutch-themed resort in Sasebo in south-west Japan.

In addition to cooking, an android arrives at diners’ tables with a reminder 10 minutes before their hour-long buffet is up. This is an act that could be irritating if performed by a human waiter, but can prove entertaining when performed by a robot.

The move is not as much of a stretch as you might think. Consider that we have been consuming foods, especially heavily processed items, made on factory assembly lines for close to a century. Why can’t machines take on some of the more repetitive restaurant kitchen chores, like prepping vegetables?

If all of this seems like too much, too fast, take heart: The arrangement is far from perfect:

Employees [in the Japanese restaurant mentioned above] must often help out when robots fail to flip the pancakes correctly…. For now, the robots’ clumsy movements are part of the fun, but the company says more sophistication is required before the jobs can be fully performed by machines. “We are not necessarily using cutting-edge robotics technology. But the key is to be able to use the robots on a stable basis even if the technology is slightly old,” says Mr Nakahira.

Besides, the use of robots affords upsides to the dining experience. For one thing, robots have the potential to eliminate human error from the equation. If you’ve ever had raw chicken or overcooked fish served to you, you get the message.

Then again, machines also eliminate creativity as a factor. Or at least they do for now…