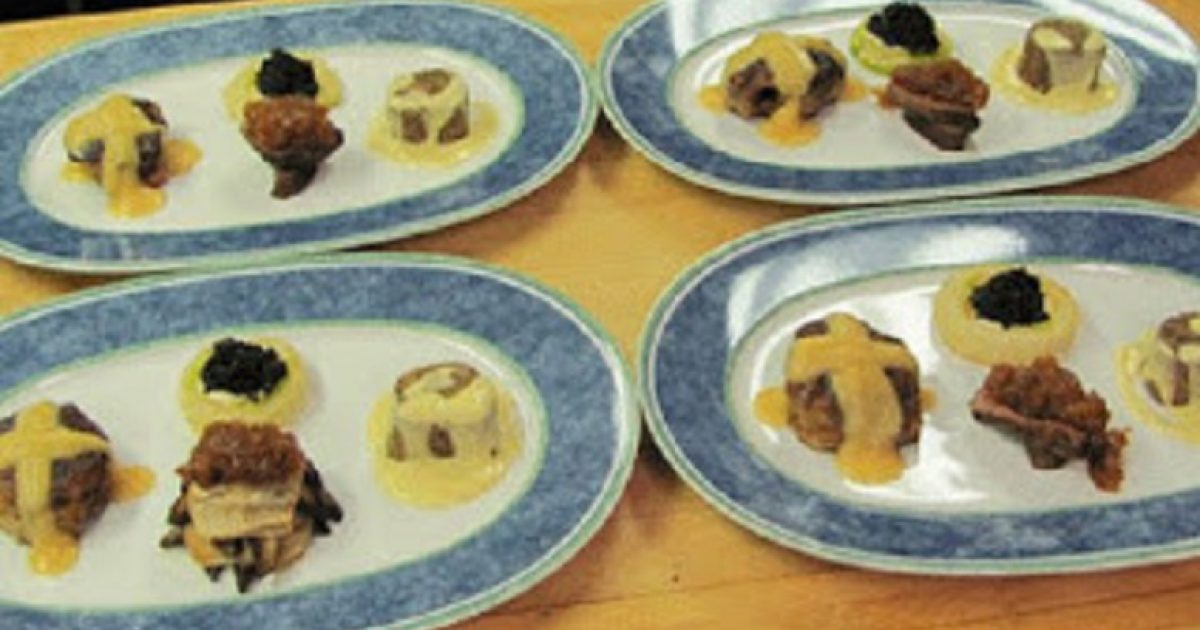 The restaurant is in the basement of the chef’s — and sole employee’s — home. Dinner lasts from 4 to 5 hours and is comprised of 18 to 20 “surprise” courses of what the chef calls his “Native Harvest Cuisine.” Some courses consist of a single bite, while others showcase twenty different favors to experience. Nearly everything on the menu is foraged locally or grown or fabricated on the premises. That includes so-called “pantry” ingredients, such as flours, oils, vinegars, and so on. To drink, there is wine, but there are no spirits, soft drinks, or even coffee.

If you’re still interested in visiting the restaurant, which is a half hour south of Albany, reservations are essential, and a meal doesn’t come cheaply. The per-person price, which is subject to change, is $395 as of this writing.

An article in the August 22 issue of The New Yorker describes the quirky place as the “most exclusive restaurant in America.” Based on its description alone, I would agree that it’s one of a kind. According to the website, Chef Baehrel relies on “completely self-derived techniques” to grow, gather, forage, create and preserve ingredients “over the course of recent days/weeks/months and even years for that day’s Menu.”

Nick Paumgarten, author of the New Yorker piece, writes that Baehrel couldn’t make room for him as a paying customer but invited him to visit one of his days off. Paumgarten writes:

He had me sit at a table in the corner, a two-top, from which I couldn’t see the door to the kitchen. He wanted me to have the dining experience. He said, “Don’t worry, I’m a professional. I’m not going to kill you.” He filled my glass from a pitcher. “It’s sap. Sycamore sap.” It tasted like water, with a hint of something…..

The first course was served on a slab of sawed wood. It was a small rectangle of what looked like salami atop a curled cracker. He said, “It takes me sixteen to eighteen months to make cedar flour. I use a pull knife, a two-handled grater, to shave off some cedar under the bark. The shavings are bitter, tannic—inedible. I soak them in water. Every four to six weeks, I soak them. After a year or a year and a half, I can grind it into cedar flour. So the crisp is made from cedar flour, with a little hickory-nut oil, duck-egg-white powder, water, sea salt, which I sometimes render.” He produced a jar of sea salt from the sample table. “I made the batter and baked the crisp today.” The rectangle of meat, he said, was blue-foot chicken cured in pine-needle juice, pulp, and powder for eighteen months.

The morsel was delicious, though it was difficult—and would continue to be, during the next four hours—for an amateur and glutton like me (in fact, for anyone who is being honest with himself) to tell whether my appreciation, fervent as it often became, had been enhanced by the description of the work and the ingredients that had gone into it. The tongue is suggestible. New words register as new flavors. As numerous blind wine tastings over the years have demonstrated, you taste what you want to taste.

He cleared the slab and arrived with a plate with a spoon on it, and in the spoon a piece of fish with a chip on top.

I won’t rehearse the entire article, which you can read for yourself, but I will say that the experience sounds like one of almost compulsive dedication to food. It is entirely possible that a meal at Damon Baehrel, is a transporting, life-altering event. But I’m not about to plunk down $400 for dinner even if it does last an entire evening. If anyone who reads this does, I’d sure appreciate knowing if it was worth it.