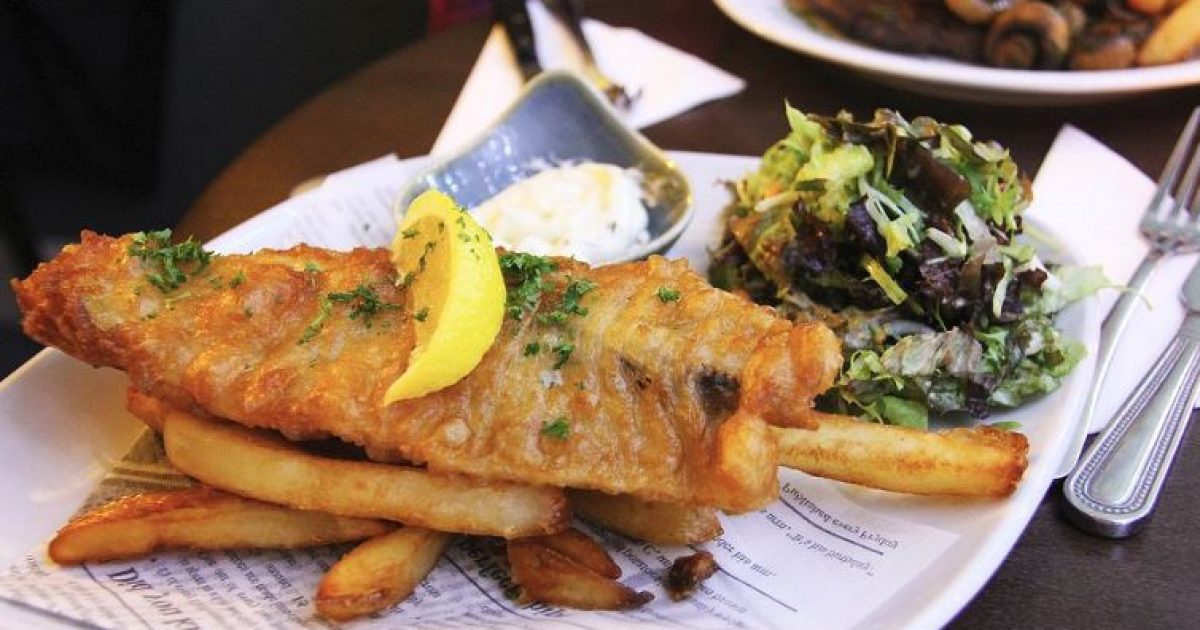 There’s fresh and then there’s ridiculous. If a “Tales from the Crypt” cookbook came out, this would be a recipe in it.

The British newspaper Independent has the details of the freakish event:

A fried fish proved it was not ready to be eaten just yet when it began to twitch on a dinner plate.

The seemingly dead fish came back to life in front of stunned diners in Hengyang, Hunan Province in southern China — and the whole thing was caught on camera.

Placed next to other fried fish, the video shows the fried fish twitch slightly before beginning to flail around — at which point a female patron begins to yell.

Here’s the video, which treats the incident comedically, as you can see:

The article notes that the video has led many viewers to air concerns about animal abuse, with some fearing that the fish is suffering. But the website IFLScience maintains that the fish is indeed dead, though body hasn’t received the message:

Although the brain and heart are not functioning, there are cells that can still respond to stimuli. … Immediately after death, motor neurons maintain some membrane potential, or difference in ion charge, which then starts a domino effect down neural pathways causing movement.

As further evidence of the assertion, the site includes a video of its own that shows a fish that is headless and gutted leaping when it is grasped.

In the meantime, I think I’m going to steer clear of sushi for a while.