David and Joanna Parker know what a struggle it can be to get children to eat, especially when both parents are pursuing careers. Rather than just throw their hands up in frustration, the Parkers put their heads together and came up with a solution not just to feed their kids but to empower all children to make healthful food choices for themselves.

The solution the Parkers devised was Yumble, the only meal delivery service that empowers kids to choose their own meals from a list of carefully curated menus and receive fun prizes to boot.

Yumble meals are ordered via an online “shopping cart” just like the ones children see their parents ordering from, except that the selections in these carts are subject to parent approval. Once meals arrive, you simply heat and serve. Kids accumulate points for making smart choices, such as cleaning their plates and trying new foods. Points are tracked on a virtual dashboard, and an exciting rewards catalog helps children set their goals.

We decided to test Yumble for ourselves, so we recruited two target-age eaters —Trevor, age 4, and Clarissa, age 6 — to be  tasters in place of our usual tasting panel. Presented with the online options, both children were immediately drawn to pasta, with Trevor choosing the cheese ravioli in marinara with a side of steamed organic green beans and Clarissa selecting hidden veggie(!) tortellini Alfredo with pesto Parmesan organic broccoli. Both children were delighted by the opportunity to choose their own meals and Clarissa was additionally thrilled that her tortellini were tri-colored. So was the children’s mother when we pointed out that the “hidden” vegetables were in the pasta dough.

Other dishes that scored big points from our tasters were Chicken Pot Pie Pocket, Bacon Scramble Breakfast Bowl (Trevor loved the idea of having breakfast for dinner), and Hot Chicken & Cornbread Dinner with roasted potatoes. It is noteworthy that Clarissa cleaned her plate in this last dish, including the cut green beans that were interspersed among the bite-size morsels of chicken. In other dishes containing the beans as a side, they went unfinished.

Nutritionally speaking, Yumble’s numbers are impressive. The meals had Percent Daily Values for Total Fat ranging between 9% and 14%. The menus were also bullish on calcium, so important for young bones.

So what does Yumble cost? The pricing plan, which follows, is adjusted such that the more meals ordered per week, the better the price per unit.

Because Yumble understands that life happens, plans can be paused or canceled at any time. 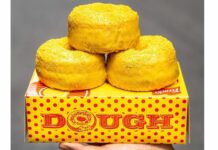 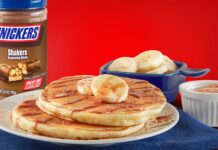 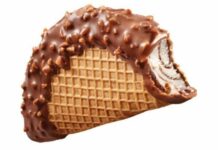