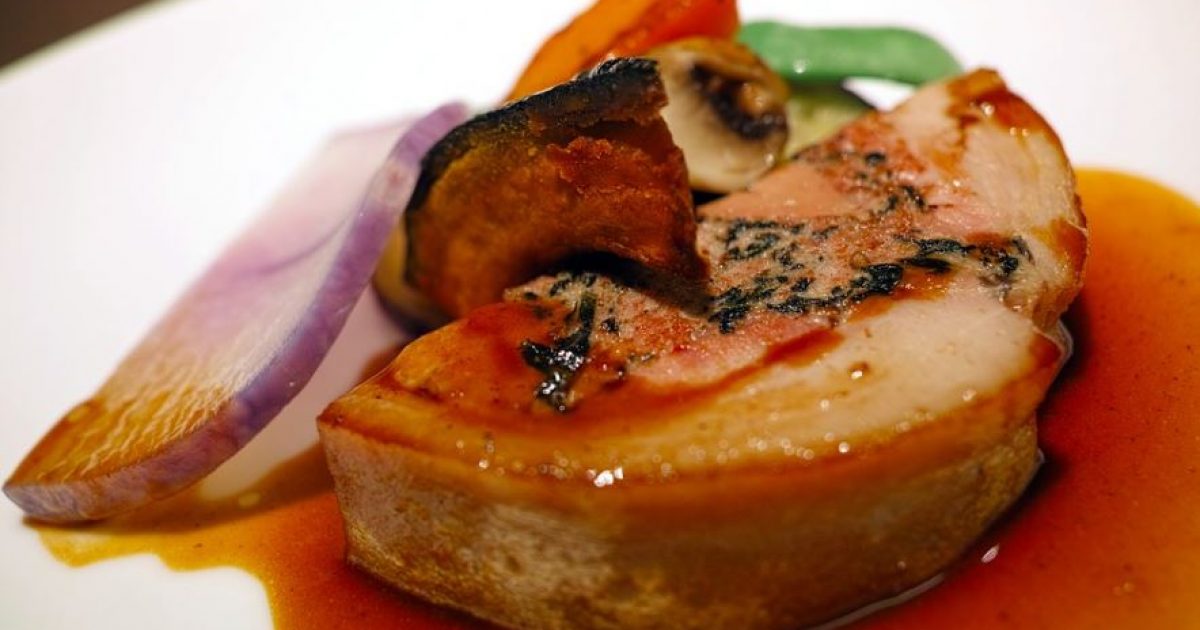 Say it ain’t so! Another state has followed the lead of Illinois and some 20 countries worldwide and banished this most delicious of delicacies from being served. According to the Los Angeles Times:

The decision Friday by a three-judge panel of the 9th U.S. Circuit Court of Appeals removes a roadblock to enforcing a 2004 ban that has been idled for more than half the time it has been on the books.

The court’s decision was driven primarily by the that fact that ducks and geese are force-fed grain in order to fatten their livers. The process is less than pleasant to think about, much less watch.

But what is missing from the debate is the fact that an ethical, sustainable method for making foie gras that avoids gavage, or force-feeding, exists. A Spanish poultry farmer by the name of Eduardo Sousa developed the method, which entails allowing the geese to roam freely (and happily) around his 1,200-acre expanse of land and eat their fill. That way, the birds fatten themselves and their livers naturally.

Sousa’ method has not yet been adopted by U.S. makers of the luxury food, but one of America’s top providers of foie gras, Ariane Daguin of D’Artagnan, has long maintained that humans who believe gavage is cruel are projecting their own feelings onto the situation.

In an interview with the food blog First We Feast, Daguin argues:

If you’re not educated and you don’t know what you’re looking at, you see the photo of the duck with the funnel in its throat and you think, ‘Ooh, that must hurt.’ For a human being, yes, it would hurt. But the duck doesn’t have a neck. Instead, it has an esophagus lined with collagen, which is insensitive like the nail on your finger. I have pictures of ducks where you can see the outline of a body of a fish in the esophagus. Also, because their windpipe is located underneath their tongue, ducks have no gag reflex. Sometimes people see the force-feeding and say, ‘Their neck! They can’t breath! I’m sure it hurts!’ In nature, an adult bird will pick up little pieces of cereal, put their beak way inside the throat of a baby bird, and vomit inside of it. If your mom was doing that, it would hurt you. But ducks are physiologically different from humans. What’s more, a duck’s physiology allows it to gorge itself and store food. In nature, ducks force-feed themselves cereal grains 14 days before migration. They migrate twice a year: In June, they fly from North Africa to the Scandinavian countries, and in September/October, they fly south to spend the winter in warmer places.

In the meantime, California chefs aren’t giving up without a fight. Two-star Michelin chef Josiah Citrin is quoted by the times as saying that the foie gras torchon on the tasting menu at Melisse in Santa Monica was staying put.

“I didn’t really know it was coming; we’ll just see what happens,” he said. “I enjoy eating foie gras, but it’s not going to end what I do. I just don’t like being told what we can and can’t use.”

Where do your feelings fall in this debate? Let us know by commenting below.