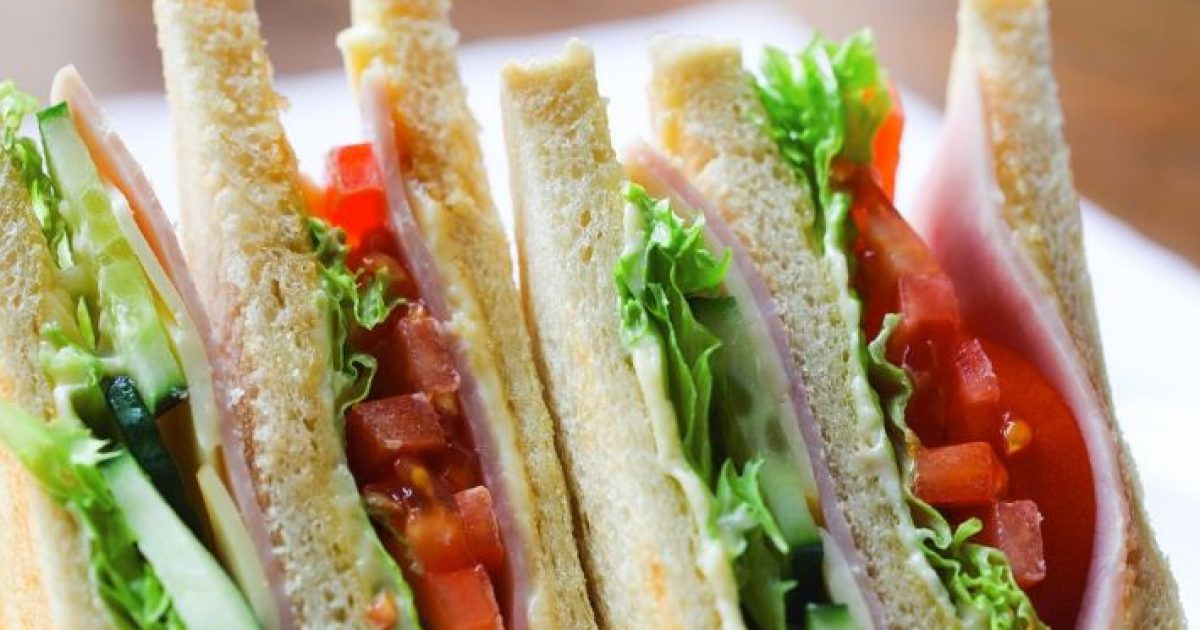 First we were warned about beef, which comes from cattle, which in turn produce not only steaks but farts, which result in increased greenhouse gas emissions.

But now comes word that that lunchtime staple, the lowly sandwich, is also a culprit in the battle to curb global warming:

In the first study of its kind … researchers [at the University of Manchester] carried out an in-depth audit of various sandwiches throughout their life cycles and found the triangular meals could be responsible for the equivalent annual carbon emissions of 8.6 million cars in Britain alone.

What the researchers found was that not all sandwiches are created equal and that some varieties have larger carbon footprints than others. The highest footprint was found in premade, prepackaged, all-day-breakfast sandwiches. These contain eggs, bacon, and sausage and are kept packaged and refrigerated until sold and eaten — all of which is estimated to add up to 1,441 g (3.18 lb) of carbon dioxide equivalent, or roughly the same as driving a car for 12 miles (19 km).

According to the scientists, a number of factors affect a particular sandwich’s carbon footprint. Ingredients is one of them. Meats, and especially pork for some reason, have especially large footprint culprits.

Another factor is the amount of carbon dioxide emitted during the production of these ingredients. This can account for between 37% to 67% of the carbon dioxide produced.

Still other factors include packaging, mode of transportation, and the need for refrigeration.

No one realistically expects sandwiches to go extinct, but if you want to help the cause, there are steps you can take.

First, make your sandwiches at home. Right off the bat, this halves the carbon footprint of your lunch.

Second — and this is the research team speaking — keep in mind that a ham and cheese sandwich has the lowest carbon footprint. Yes, these same researchers claimed earlier in the report that pork and processed foods emitted more carbon dioxide. Maybe these just got hungry as they were writing.