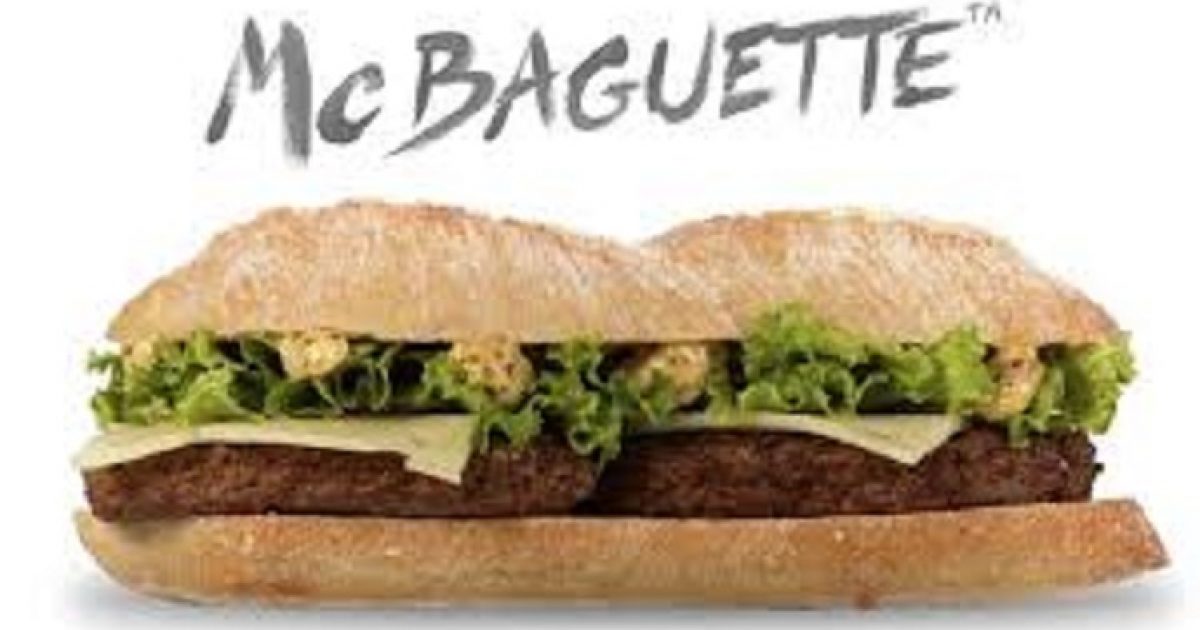 Je l’adore doesn’t have quite the same cadence to it as “I’m lovin’ it,” but the translation will have to suffice for most customers chomping down on the McDonald’s newest creation because that creation just went on sale in branches of the chain in France.

Meet the McBaguette. Bloomberg reports that the ham and cheese (and potato) combo nested in a crisp baguette won the approval of veteran chef Pierre Koffmann, who said: “If I was hungry walking by, I’d buy it with pleasure.”

Koffman, who ran the kitchen of the Michelin three-star-winning La Tante Claire in the 1990s, added:

The garnish is good: There’s plenty of salad and plenty of everything. The bread isn’t a pure baguette because this one is shorter, but it’s good bread. Not the top bread in Paris but it’s good. I’m not disappointed by it.

People come to McDonald’s mainly for the slice of America they can get out of it and as you grow in a country, you are expected by people to start proposing proof points of local relevance. We’ve been on this journey now for 10 years, by changing the decor, by extending or adapting the offerings, and the baguette comes as a symbol of French culture at the right time.