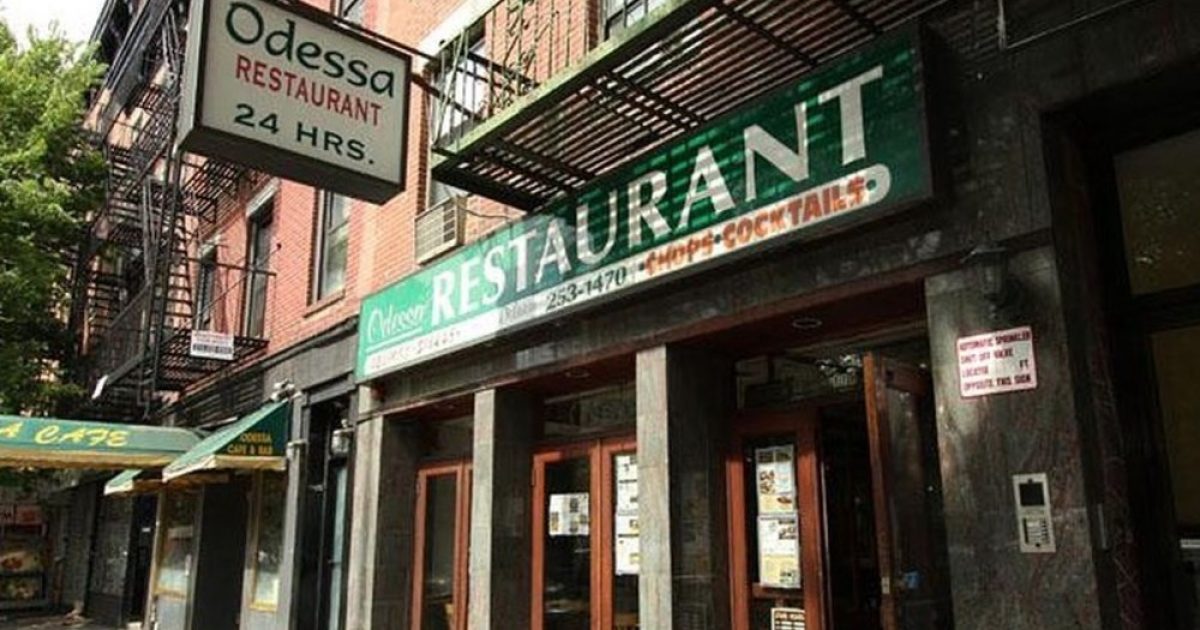 What to believe? Two weeks ago word hit the street that Odessa, the nearly half-century-old Ukrainian standby on Avenue A was closing, the latest casualty of COVID. Odes and elegies to the restaurant began pouring out that recalled the wonderful breakfasts and sturdy Middle European fare available at any of the 24 hours in a day the restaurant was open.

Then came word, first from the Gothamist, that rumors of the restaurant’s demise had been greatly exaggerated. “According to longtime co-owner Steve Helios,” Gothamist writers Jake Offenhartz and Rainer Turim wrote, “the restaurant is only shutting down for temporary renovations. ‘We’ll be back,’ he promised.”

I wish I shared their optimism that Odessa would re-emerge in 2021, but I’ve been around the block enough times to know what a “closed for renovations” sign on a restaurant exterior means. Often the translation is “We’re in Chapter 11 and still hoping we can get the loan that will save us from our inevitable fate, though deep down we know we’re toast.”

If you need further evidence that Odessa isn’t just closed for a breather, the website is gone, as you can determine for yourself by clicking on https://www.odessanyc.com/.