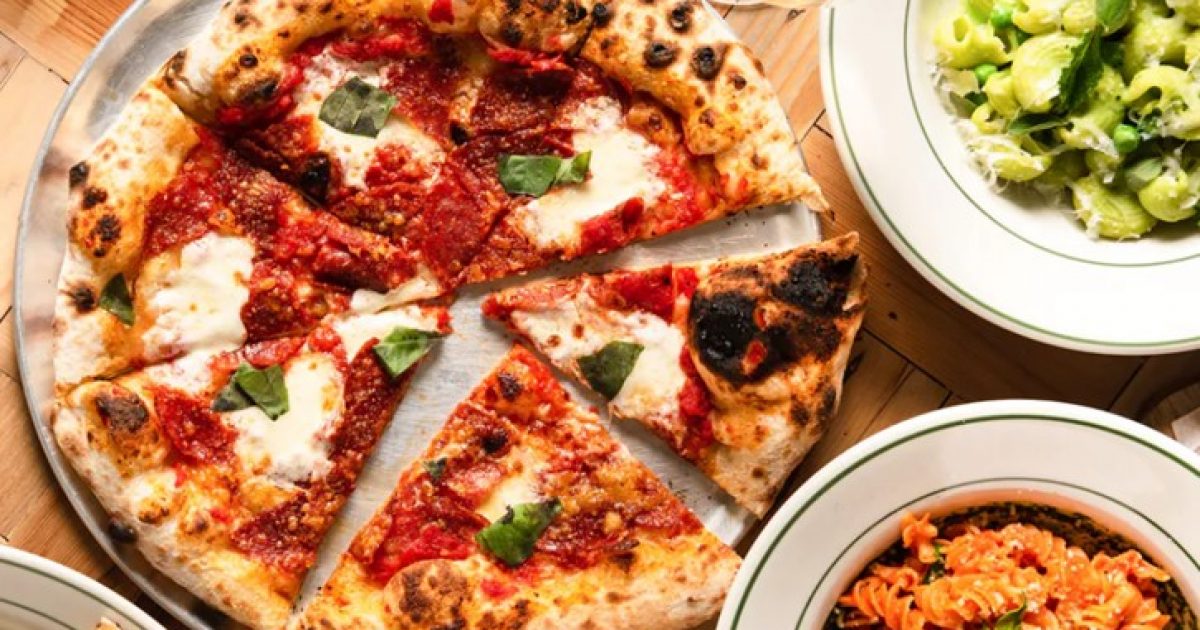 Rosemary’s, the popular rooftop trattoria in the West Village, has spawned an offspring in the East Twenties. Dubbed Rosemary’s East, the newcomer has its mother’s good looks: It inhabits a largish space that is bright and airy by day, cheerful and inviting by night. The menus are also similar right down to their inclusion of a verdure category from which eaters who have rejected animal proteins can assemble a tasty meal.

A feature new to Rosemary the Second is a pizza oven that churns out hot pies with handsomely charred sourdough crusts. The “Stinger” variant — topped with spicy honey, tomato, toasted chili oil, house made mozzarella, soppressata, and basil — is satisfying, not to mention educational, revealing that soppressata when grilled is practically indistinguishable from pepperoni. The homemade pastas include a delightful lumache bolognese, sauced with a savory brisket and prosciutto ragù, that goes down easily on a chilly night. A thick slab of salmon is perfectly seared and simply sauced by an oregano vinaigrette. A mound of farro, butternut squash, cranberries, and fennel round out the plate.

A handful of desserts include a pleasant tiramisù, but your best bet is the warm olive oil cake with a blueberry compote and fresh whipped cream.