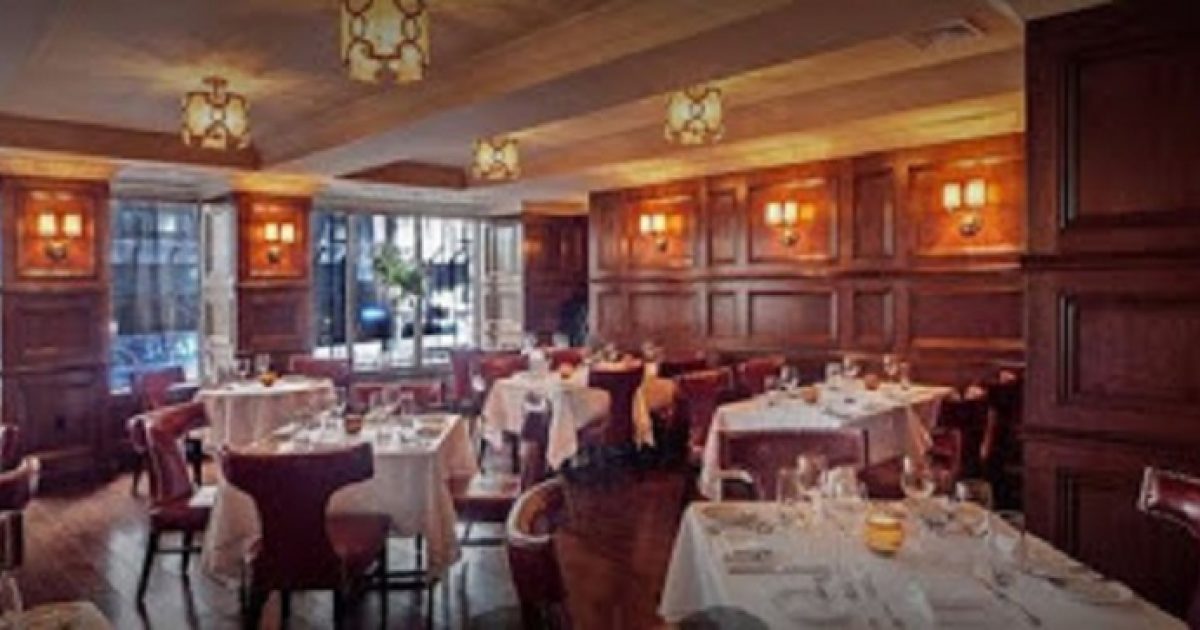 Thomas Wolfe’s novel “You Can Never Go Home Again” was published posthumously in 1940. The title phrase, which is somber, as is the book itself, has been proven false a number of times over the intervening years. Take as a case in point Desmond’s, a steakhouse that opened roughly a year and a half ago on the fringes of the district serving Madison Square Garden. When you enter Desmond’s, which is up a flight of stairs, you are thrust back in time to the era when Wolfe’s book hit the shelves.

The interiors are clubby, masculine: what you would expect of a meat-and-potatoes emporium of yesteryear. All around is polished, dark-stained wood. One wall is windowed, and if you get a table here, you are treated to a panorama of rush hour traffic straining south along Fashion Avenue. Wherever you sit, the tables are clad in thick, snowy linen, and you rest your hindquarters on plump red-leather chairs bordered in brass upholstery tacks or a high-backed black tufted banquette. Lighting, provided by shaded sconces and overhead fixtures, is soothing. A piano tinkles softly from the bar area.

The illusion continues when you contemplate the menu and discover that prices are a dollar or two lower than at most steakhouses. I was there on one of the three nights when Desmond’s was offering a special homage to dads (Father’s Day is this Sunday), and the $95 prix fixe fit in perfectly with the stroll-down-memory-lane theme. We feasted on Oysters Rockefeller — the plump bivalves sandwiched between Pernod-tinged creamed spinach and a mantle of bubbly cheese — and on a wedge of crisp iceberg napped with very good blue cheese dressing. Enormous slabs of beefsteak tomato and crumbles of crisp bacon completed the steakhouse classic.

Onward and upward to a two-pound Lobster Thermidor, the meat extracted from the carapace, mixed with cream and brandy, and restored. The dish is run under the broiler before it is brought to you to heighten the flavors. Beef Wellington showcases the quality of the meats procured: The filet was nearly two inches thick, rare and crusted. Here in its final moments it is wrapped along with goose liver in pastry and complemented by a polished port wine sauce.

The New York cheesecake is smooth and creamy, tinged with vanilla. It is served on a plate streaked with raspberry coulis and bits of strawberry and whole blueberries. A similar treatment is accorded the bread pudding, served warm, fragrant of spices.