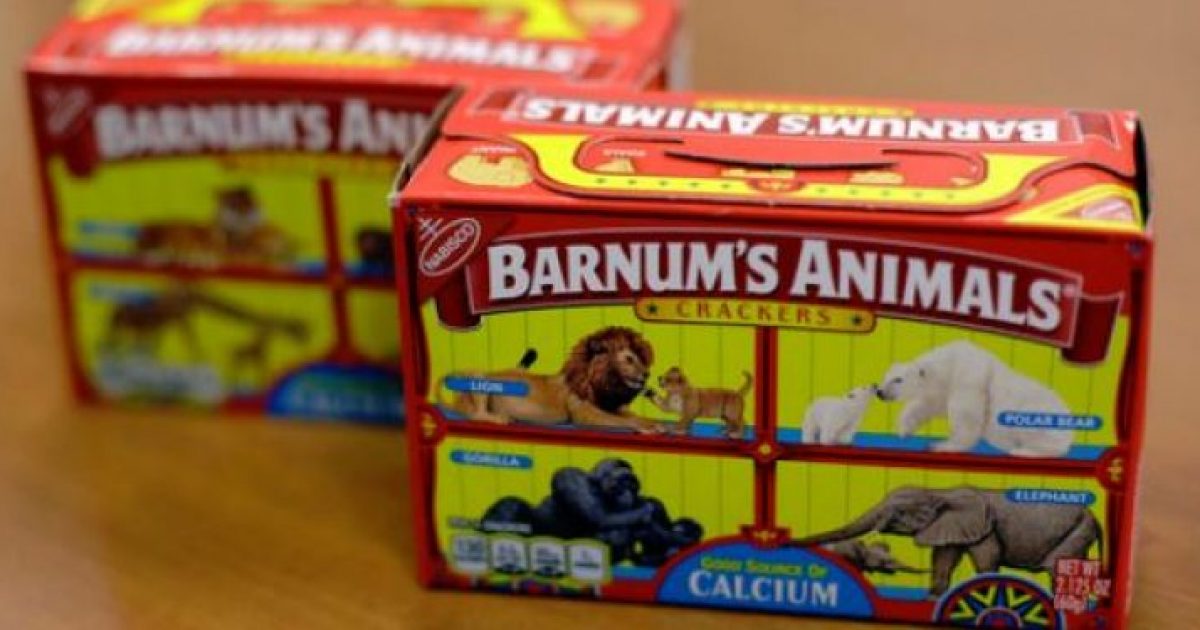 Feel free to break into a chorus of “Born Free,” though be mindful that those critters inside the box of Nabisco Animal Crackers were not born free — or at all. They were assembled, as they still are to this day, from massive amounts of flour, sugar, and shortening, and baked.

That hasn’t stopped PETA from stepping in and demanding that the cookies be “freed” from the circus cages they appear in on their cardboard packaging. Nabisco has complied.

From the Associated Press (via Bloomberg):

Mondelez International, the parent company of Nabisco, has redesigned the packaging of its Barnum’s Animals crackers in response to pressure from People for the Ethical Treatment of Animals.

PETA, which has been protesting the use of animals in circuses for more than 30 years, wrote a letter to Mondelez in the spring of 2016 calling for a redesign.

“Given the egregious cruelty inherent in circuses that use animals and the public’s swelling opposition to the exploitation of animals used for entertainment, we urge Nabisco to update its packaging in order to show animals who are free to roam in their natural habitats,” PETA said in its letter.

So how will the product, which has delighted childhood palates for nearly two hundred years, be sold from now on? In a free-range environment:

Let’s just hope the lion doesn’t kill and devour the zebra before some kid somewhere bites its head off.