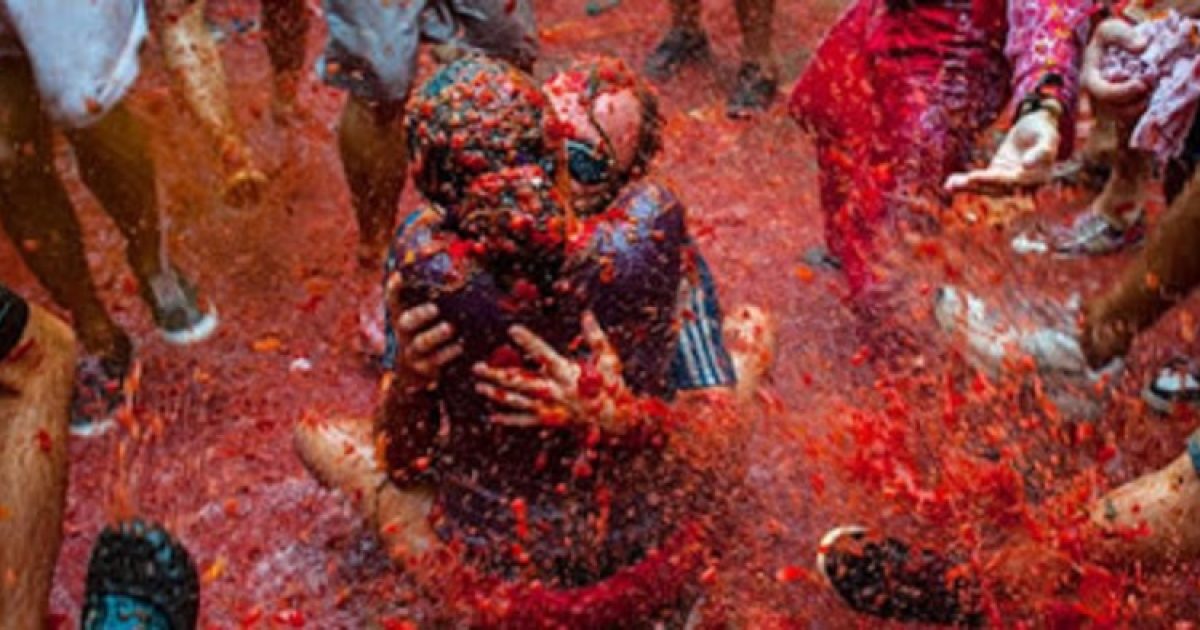 The notion of throwing rotten tomatoes to show disapproval is deeply ingrained in American culture. So much is it a part of our vernacular, especially when it comes to rating performances on stage or screen, that a popular website for reviewing films, TV shows, and more calls itself “Rotten Tomatoes.”

When it comes to tomato tossing, Americans have nothing on our Spanish brethren who are so into hurling the red fruit that they devote an annual festival to it. It is called La Tomatina and has its own website, which explains:

La Tomatina is a food fight festival held on the last Wednesday of August each year in the town of Bunol near to Valencia in Spain. Thousands upon thousands of people make their way from all corners of the world to fight in this ‘World’s Biggest Food Fight’ where more than one hundred metric tons of over-ripe tomatoes are thrown in the streets.

There is limited accommodation for people who come to La Tomatina, so many people take the easier option of staying in nearby Valencia just 38 km to Bunol by bus or train. In preparation for the dirty mess that will ensue, shopkeepers use huge plastic covers on their storefronts in order to protect them from the carnage.

Yes, I know I’m telling you about this after the fact, but if you’re really intent on going, there’s always next year. And the year after that.

For now, here’s a video that you will enable you to enjoy the festival vicariously–and with no cleaning bill to show for it: