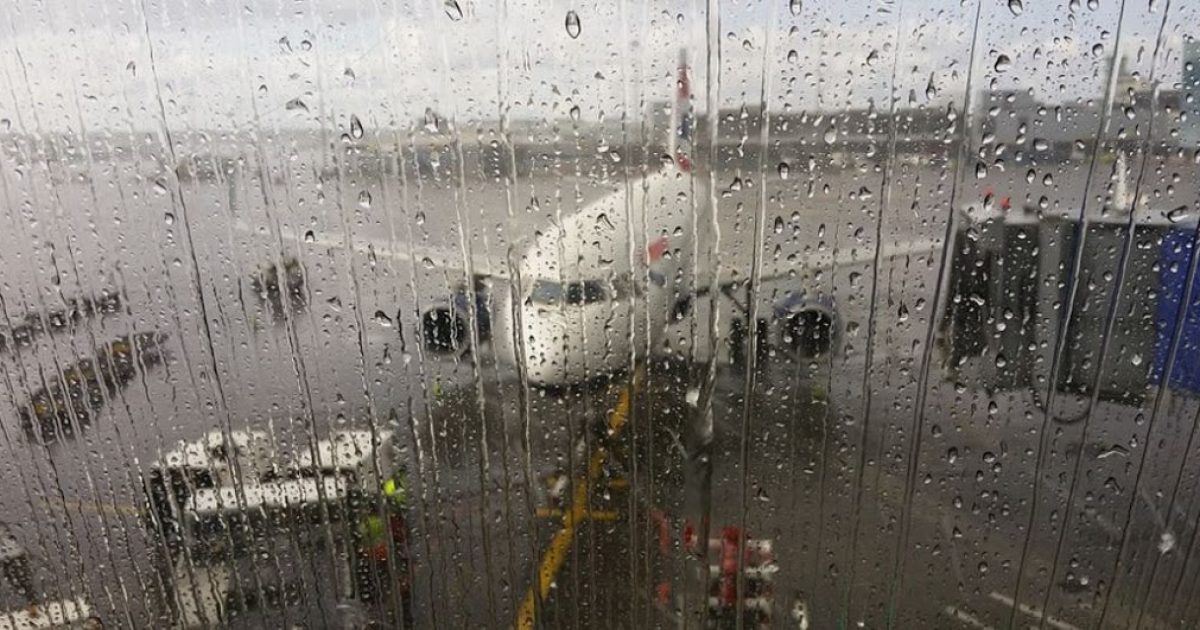 One of the things I will be giving thanks for this year when I set my table tomorrow is that Thanksgiving is at my house. I don’t have to travel, much less contemplate the horrors of getting stuck in an airport on Thanksgiving.

I love Thanksgiving, so I won’t let myself imagine how utterly depressing it would be to be imprisoned in a terminal at my local airport on this festive day. Nevertheless, I am here to offer tips to the travel-lorn who might be socked in tomorrow. All are courtesy of Abby Reisner of Tasting Table whose “Project Runway” will allow those hapless souls who are fogged or snowed in to make the best of a bad situation.

You can’t leave Baltimore without one last Phillips crab cake. Head to this 60-year-old seafood haven, where there’s also cinnamon vanilla French toast, should you somehow be maxed out on crustaceans.

Ask the locals, and they’ll tell you to skip the airport eats and just pack a carry-on of cannoli from Mike’s. But if it’s too late, Legal Test Kitchen is your best bet: You might not think fresh seafood is synonymous with airport, but that’s because you’ve never had the lobster-crabmeat omelet for breakfast.

Fly the W, Tortas Frontera. Rick Bayless’s Mexican sandwiches have been called the “Maserati of airport food,” feature local produce and are cause enough to schedule your layover in Chicago. You can even order online to avoid long wait times.

There’s much more at Tasting Table, which covers some two dozen major airports. I appreciate that airports around the nation now offer more tantalizing dining alternatives than they used to, thanks in part to enterprising celebrity chefs. Nevertheless here’s hoping you don’t have to rely on this list tomorrow or any other holiday.

Have a Happy and Joyous Thanksgiving!