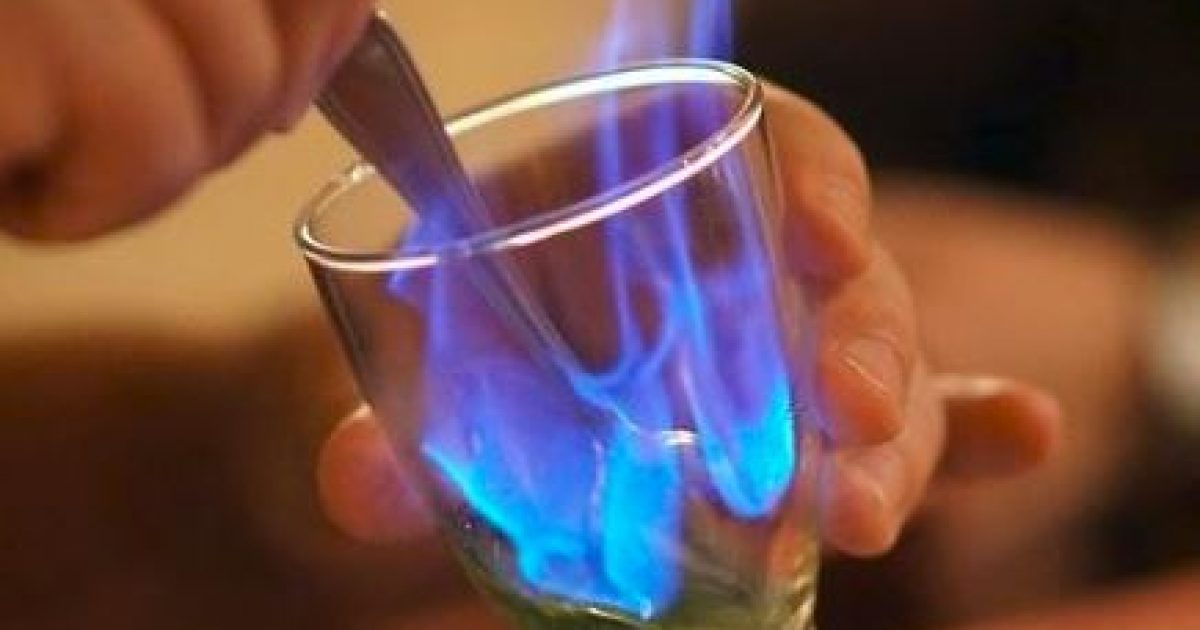 You’re probably thinking, “Wait. That stuff can kill you.” It can, but only if you drink enough of it to develop alcohol poisoning. The same is true of virtually every alcoholic beverage.

Granted, other forms of libation don’t have the same aura of mystery surrounding them. Most of the myths that have arisen in connection with absinthe have to do with its ban in the late nineteenth century. One critic of the period commented:

Absinthe makes you crazy and criminal, provokes epilepsy and tuberculosis, and has killed thousands of French people. It makes a ferocious beast of man, a martyr of woman, and a degenerate of the infant, it disorganizes and ruins the family and menaces the future of the country.

Others have claimed the elixir caused hallucinations. All of these claims have been debunked, along with the widespread misconception that you can’t buy it for consumption in the U.S. You can, albeit not in bars. (Some myths are indestructible.) Here is one website that offers a wide selection of absinthes.

At the height of its popularity in the early twentieth centuries, absinthe was the go-to beverage of many Paris luminaries, among them Hemingway, Oscar Wilde and Toulouse-Lautrec. All of them died of something, but it wasn’t absinthe.

Because of its very high alcohol content — anywhere between 55% and 75% — absinthe is never taken straight. Traditionally it is prepared by placing a sugar cube on a specially designed slotted spoon, then placing the spoon over a glass that already contains a shot of absinthe. Iced water is then dripped over the sugar cube so that the absinthe now has equal distribution of sugar and water. The final outcome should be 1 part Absinthe, 3-5 parts water. The water helps the anise and fennel release its full potential, or bloom, and that’s what causes the cloudiness … and the drink should be cloudy.

Bohemian preparation: The Bohemians did the basic set up, but instead of pouring water over the sugar cube, they first soaked the sugar in alcohol and then lit it on fire. They dropped the lit cube into the absinthe so the whole thing was in flames. They then poured ice water over it to put out the fire. This method, allegedly, produces a stronger drink. (You gotta love those Bohemians.)