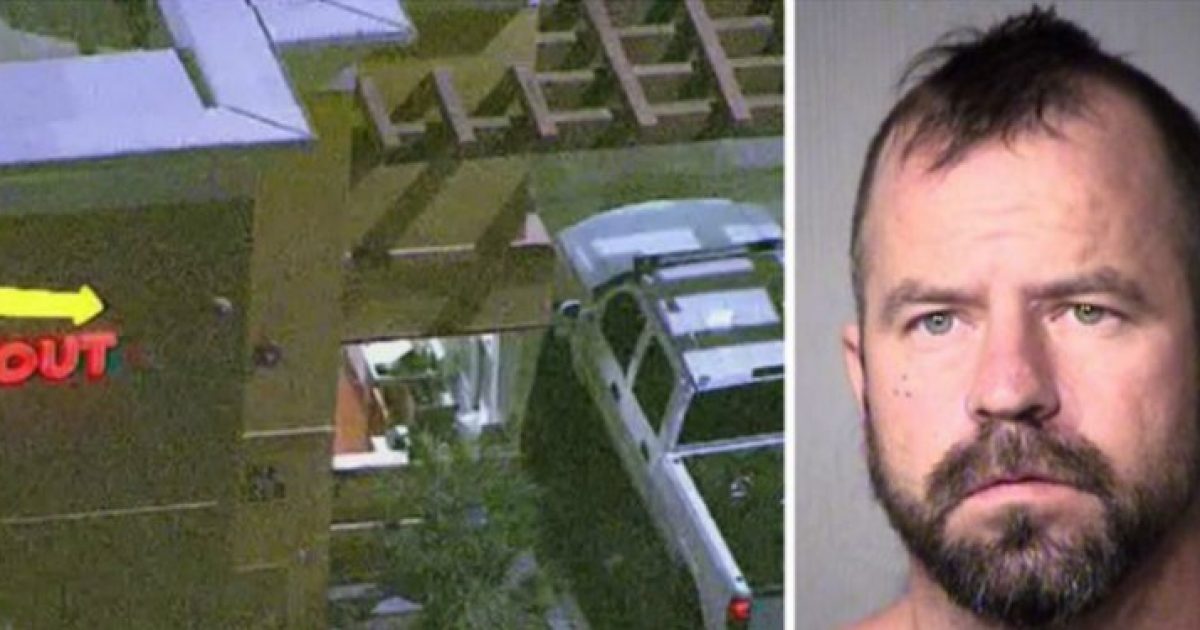 Who knew high-speed police pursuits came with time-outs? That is what police in Chandler, Ariz., discovered last week when officers in an unmarked car began to follow a white pickup truck.

The driver led police on what Fox affiliate KSAZ describes as a “bizarre chase.” What made it bizarre is that the truck unexpectedly pulled into the drive-thru lane at an In-N-Out Burger, where the driver proceeded to place an order. He drove to the pickup window but then, according to the news report, left without retrieving his food. After that, the chase resumed.

Video footage from a police helicopter capture the surreal incident. One wonders where the police were during the stop, which lasted about 10 minutes in real time.

Eventually, the driver bailed from the vehicle and ran into a backyard, where he attempted unsuccessfully to enter the home. Ultimately her surrendered and was taken into custody.

According to jail records, the suspect is 35-year-old Joshua Adkins. He was booked on suspicion of unlawful flight from law enforcement and a host of other charges.