Flynn McGarry, the culinary wunderkind who began cooking at age 11, has just opened his latest venture on the Lower East Side, and it’s a gem — literally.

The website further advises that dinner in “The Dining Room” — which debuts tonight — is “broken into a few parts. It starts in the living room with snacks and champagne, then moves to the kitchen where you’ll eat a course and become familiar with Flynn and his kitchen team. After you’re seated the menu will be composed mostly of small dishes and finishes with a few larger family style portions and dessert. The format follows the structure of a dinner party, like the ones Flynn started throwing at 13 out of his mothers [sic] home. There are 2 seatings a night, Tuesday through Saturday with one at 6 and the other at 9.”

An optional wine pairing is available for $100.

With a per-person price of $155, Gem now takes its place among the firmament of New York’s most expensive restaurants. Not too shabby for young Flynn, who won’t turn 20 till this coming November. 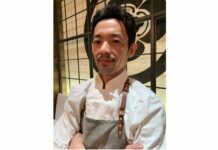 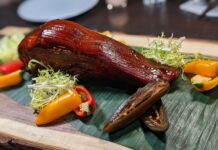