Since the scandal involving film producer Harvey Weinstein broke, the headlines have been thick with stories of sexual harassment of women.

Now a report has surfaced in the New Orleans Times-Picayune revealing that 25 current and former female employees of celebrity chef John Besh claim they were victims of sexual harassment or worse while working at his restaurants.

According to the article’s headline, the chef — who speaks frequently of his role as a family man in his televised cooking shows — fostered a culture of sexual harassment.

Besh himself was a participant in the lewd behavior, according to one complaint by a former employee who claims that Besh “continued to attempt to coerce [her] to submit to his sexual overtures” during a months-long sexual relationship.

In one instance mentioned in the woman’s complaint, she alleged that during a summer 2015 work trip to Los Angeles, Besh “insisted [she] drink heavily” at a work tasting, and that afterwards Besh came to the woman’s hotel room and “immediately started to kiss and fondle” her. The complaint said she “was barely conscious, and easily overwhelmed by JBesh [sic], who engaged in oral sex and fell asleep” next to her.

During a written statement on Thursday, Besh admitted to having been in “a consensual relationship with one member of my team,” adding:

I have been seeking to rebuild my marriage and come to terms with my reckless action. I also regret any harm this may have caused to my second family at the restaurant group, and sincerely apologize to anyone past and present who has worked for me who found my behavior as unacceptable as I do.

I alone am entirely responsible for my moral failings. This is not the way the head of a company like ours should have acted, let alone a husband and father. 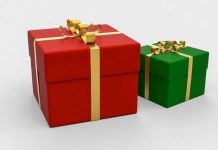